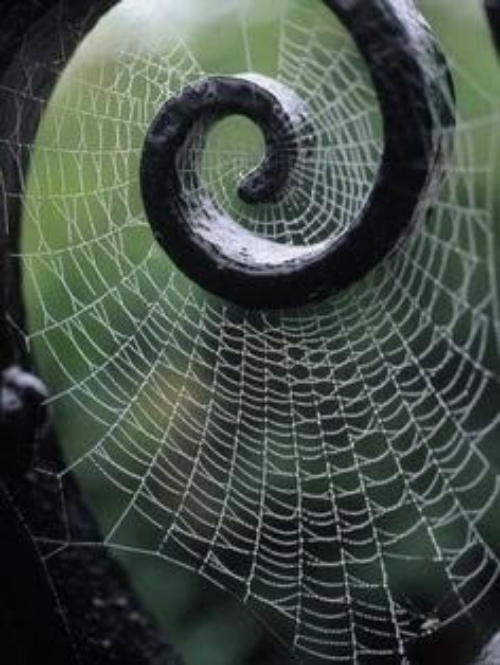 This month at Temple we expand our dream awareness to include social consciousness and take the form of a Community Dream Matrix. Alongside our personal dream work, we begin the journey of dream consciousness to include group, local, earth and universal communities. Like spiders on a web, we will sit together with the psychic strands of our dreams, visions, images, and active imagination to listen deeply into the personal Self and what is beyond it. What are the shared unseen threads that connect us to other members of our community, and what new forms of thought and consciousness can be revealed?

WHAT IS A COMMUNITY DREAM MATRIX?

Community or “Social” Dream Matrix is an active group process where images and dreams are shared to illuminate unseen themes and relationships between dreamers and the collective unconscious. Social Dream Matrix is where dream meets community. Initiated as a western modality in 1982 by Gordon Lawrence at the Tavistock Institute of Human Relations, the Social Dream Matrix, explored as community dreaming, offers possibilities for new ways of thinking and the emergence and exploration of new forms of consciousness. Free association and image amplification bring forth unconscious material to help dreamers explore, in a non-judgmental and uncensored fashion, the significance and interconnectedness of where personal dreams and images merge and meet with the greater community. At first, dreams and images appear unrelated. Over time, however, when dreams are spoken and witnessed, a larger matrix reveals shared relevancy between dreams and dreamers, and unseen pathways to emerging personal and social possibilities.

COMMUNITY THEMES IN THE UNCONSCIOUS

What are the presently unconscious themes deeply at work in our community? Like a spider feeling its way along a web, each image or dream travels a pathway to another image or dream. By allowing dream and image to take the lead, individuals, groups, and communities can begin to see social themes, images, symbols and ideas that would otherwise remain unconscious. Dreams and images are given opportunity in a Community Dream Matrix to know one another, to reveal where one dreamer dreams with another, and find where one image stands in relationship to another. Over time, new forms of social consciousness (awareness with the possibility for action) emerge that could not have been revealed any other way.

Working with dream and image as community has also been explored in depth by the French academic Gilbert Durand (1921-2012) in his work Exploration of the Imaginal (Spring Journal, 1971), and by John G. Neihardt in his classic work Black Elk Speaks on the great Sioux medicine man Black Elk (1863-1950). Both works remind the West of the great significance dream has held in the most ancient religions and cultures of our world, including American Indian Nations such as the Sioux and Hopi, in the far East among Tantric Buddhists, and Middle Eastern religions of the Sufi and Islam. In these ways of life, dreaming was a social right and ritual that occupied a much more profound place in daily life than has been practiced in the west. Dreams were often shared with a trusted witness and acted upon in some ritualized form or fashion. Neihardt’s accounts of Black Elk’s great dreams, that were literally danced out in exquisite detail and regalia with his community, allows us to see that dreams share their power when embodied, and are made sacred with the support and participation of community.

The dream is a psychic and material reality that connects us with the unseen. We are its human nodal points. Gilbert Durand made explicit the idea that the dream world itself has been considered by most ancient cultures to be an intermediate place between the earthly “material” realm and creation. Dream and imagination are where earthly experience meets creation. Dream figures are considered spiritual forms whose paradoxical offerings illuminate “dynamic patterns of interconnection” (Durand) both between humans and beyond them. Dreams walk as active companions with waking life. Dreams can be held not only by a dreamer but also by the entire community. Dreaming, with this sense, is a human right and power. Entry into the world of dream, with its sacred fruits and revelations, is not bound by ethnicity, culture, geography, religion, or time. Dream is a sacred right and practice offered to All.

Join us at Temple of Santa Barbara, on the first Tuesday of every month, where we begin our practice of reinstating Dream into daily life and our greater community. Bring your dreams, visions, and active imaginations to explore and honor the deeper threads of the unconscious that join us together, the possibility of exploring new forms of consciousness, and once again giving Dream its honored place in community.